What We Are Reading! On Writing by Stephen King

I write novels in my spare time, and I’ve read a lot of books about how to write. But if I was going to choose just one as a manual for the rest of my writing, it would be On Writing by Stephen King. Obviously he’s a hugely successful writer, but his rules for writing are simple. 1. Read as much as you write. If you write four hours a day, you should be reading four hours a day, too. 2. Avoid passive tense and adverbs as often as you can. 3. Write whatever you want as long as you tell the truth. 4. Stories make themselves. Plotting and spontaneous creation are incompatible. (I have definitely found this to be true.) 5. Practice, practice, practice. There is plenty more excellent advice in this relatively short book. (Oops, there’s an adverb…) If you’re a writer of any sort, even just an aspiring one, you should read On Writing. 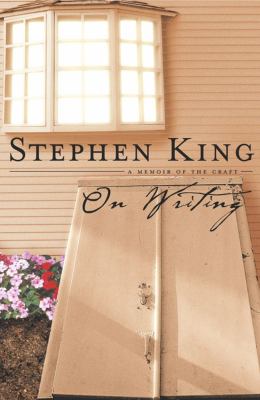 On Writing by Stephen King
Call Number: PS3561 .I483 Z475 2000
ISBN: 9780684853529
"If you don't have the time to read, you don't have the time or the tools to write."In 1999, Stephen King began to write about his craft -- and his life. By midyear, a widely reported accident jeopardized the survival of both. And in his months of recovery, the link between writing and living became more crucial than ever.Rarely has a book on writing been so clear, so useful, and so revealing.
Add a Comment

Enter your e-mail address to receive notifications of new posts by e-mail.